Lest We Forget - Remembrance Day 2014 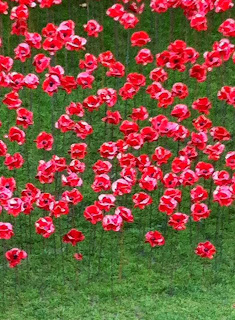 Pastor Myles Munroe and eight others killed in plane crash

FREEPORT, Grand Bahama –  The ministry of a prominent evangelist from the Bahamas will continue despite the death of founder Myles Munroe in a small airplane crash on Sunday, his close advisers said.

Munroe — a well-known pastor, motivational speaker and evangelist — was one of nine aboard the Lear 36 Executive Jet when it went down as it attempted to land in Freeport Sunday evening, officials said. All those aboard were killed.

Police and fire authorities are on scene and a full investigation is ongoing Monday. The cause of the crash has not yet been determined though there had been heavy rain across the region.

The crash occurred as Munroe and others were gathering in Grand Bahama for the 2014 Global Leadership Forum. On the Facebook page of Munroe's ministry, a message stated that the forum will go on as scheduled.

"We would like to inform you that the Global Leadership Forum will continue," read the post. "This is what Dr. Munroe would have wanted. Please keep his family and the ministry in prayers."

"It is utterly impossible to measure the magnitude of Dr. Munroe's loss to The Bahamas and to the world."
- Prime Minister Perry Christie
The plane had taken off from the Bahamian capital of Nassau and crashed while attempting to land around 5 p.m. local time in Freeport, according to a statement from the Ministry of Transport and Aviation.

"The Department of Civil Aviation has been advised unofficially that the aircraft was destroyed and that there were no survivors," the ministry said.

The Bahamas Tribune newspaper reported that Munroe, a prominent Bahamian minister who organized the event, was killed along with several people in his entourage.

Chief Supt. Clarence Reckley said he could not confirm the report and that authorities were still trying to determine the identities of the victims.

Grand Bahama is about 70 miles east of Florida.

"It is utterly impossible to measure the magnitude of Dr. Munroe's loss to The Bahamas and to the world," Prime Minister Perry Christie said. "He was indisputably one of the most globally recognizable religious figures our nation has ever produced."

Munroe's wife, Ruth was also on the plane, Christie said. The names of other passengers have not yet been confirmed, but the government said they included another minister, Richard Pinder, and a child.
Posted by . at 9:34 AM

Patricia Hamel is but one of many Canadian prophetic voices God has raised up for such a time as this. She is His gift to the body of Christ and has a deep hunger for the body of Christ to become mature sons and daughters of the Lord. She is a servant of the Lord willing to stand in the gap for her Nation of Canada, the United States of America and the nations of the earth.

The nation of Israel is on her heart and it is with this heart that she ministers. It is out of relationship with the Lord Jesus Christ that she speaks the Word of The Lord. First and foremost our ministry needs to be to the Lord and then to others.

We Stand With Israel

6Pray for the peace of Jerusalem: they shall prosper that love thee. Psalm 122:6

1I exhort therefore, that, first of all, supplications, prayers, intercessions, and giving of thanks, be made for all men;

2For kings, and for all that are in authority; that we may lead a quiet and peaceable life in all godliness and honesty.3For this is good and acceptable in the sight of God our Saviour; 1 Tim. 2:1-3

8He shall 2:8have dominion also from sea to sea, and from the river unto the ends of the earth. Psalm 72:8